We only get one family, and so it really does make sense to look after them. Families don’t have to all get along all of the time, but it does help if you and your family know that you are there for one another and care for each other.

This has never been more true when it comes to being an adult and having aging parents. For starters, you need to see things from both points of view. You might have concerns over your dad’s driving as he is getting older and more fragile, and not as responsive to things that could occur when driving. But he may see it that his son or daughter are just nagging him about his driving, something that he has done all of his life. In this example, is the dad capable of making their own decisions, or do their adult children need to step in? It can be a tricky line to balance, as in some circumstances, intervention is what you need. But it is a case of making sure that you’re caring about them, rather than caring for them.

No grown adult wants to feel like that are being treated like a child. So if you as an adult just starts trying to do anything or everything for your parents, without explanation, then it can have a negative impact. Talk to your parents about how they are feeling and what they need help with, if anything. Don’t just presume. If you have concerns, then voice them. But keeping a clear and two-way conversation going will help all of you to feel at ease with the situation.

In fact, in a study done back in 2004 by the University of New York, it was found that older parents get annoyed by over protectiveness of their children, which isn’t a good place to be in. The study found that they appreciate that it shows that they care, but the general feeling was annoyance. So keep the conversation open so that you can have a positive relationship with your parents as they age, rather than just annoying them. If you need to have discussions about things like moving into a retirement community or care home then make sure that you listen to their wants and needs to make sure they’re happy. If they aren’t too keen on moving into a place like the new construction senior living at The Barclay at SouthPark retirement community in Charlotte North Carolina then make sure they know that they can live independently and it comes with countless benefits to them. Open communication can help make the process easier for both parties. Talk to them about their living arrangements and make sure they’re happy with the outcome. Tell them about Home Care in Boca Raton or suggest going to look around a care home if they’d prefer that. You want them to be happy and you can achieve that by communicating with them.

While you will no doubt have a busy life of your own, it is important to take interest in what your parents are doing and how they are feeling. They may need help with certain things, but you won’t be able to know that if you don’t talk about things with them or take an interest. They need you around to help with stressful and organizational things too. Say they have recently had surgery for a hip replacement, but it has just not been quite right since. They will need your help and guidance, as they may not know the ‘modern’ way of dealing with things and might not want to create much of a fuss. But for a hip replacement lawsuit Davis, Saperstein & Salomon advise getting a free consultation if you have an injury or because of faulty metal-on-metal hip implants. You will be the one that can rely on that information, as it isn’t something they will be able to do for themselves.

Despite their health or their age, your parents are still your parents. They will still want to be there for you in a way a parent can be. So while you may be asking what you do for them, allow them to ask what they can do for you. They want to feel useful and want to still feel like your parent. So keep conversations going, ask for help from them, and help them to be a part of your and your family’s life. There may be points that they can’t do as much as they once did. But even for aging parents or someone with Alzheimer’s, they can sit with the grandkids and tell stories or sing songs. So keep them in your life and remember that they are still your parents. Staying in touch with your family has never been so easy either, thanks to the advancement of technology. Sure your parents might find the latest iPhone a bit confusing, but they don’t have to get one of those. Instead, they could look to using one of these recommended cell phones for seniors which will make talking to one another a lot easier. 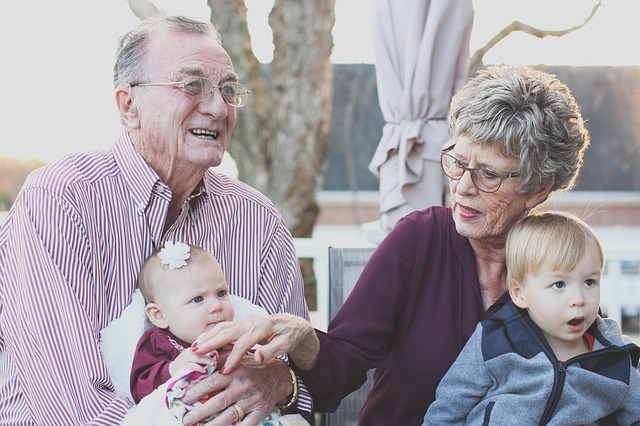 A lot of these points do go back to being open and honest in your communication. But one important point to note along those lines is that you should never assume anything. Don’t make assumptions about what you think is best or what you think they will need help with. Ask them, and it will make the whole situation simpler and easier. It can also be a good idea to suggest things, if they offer none of their own. Research has shown that when middle-class adult children worry about their aging parent, the parent does feel more loved, but in equal measure, gets annoyed. So don’t add to their feelings of annoyance; talk, don’t presume, and it will get help them to know you care about them but don’t want to annoy them.

Along the lines of clear and open communication is listening. But when it comes to aging parents, it means really listening to what is going on. Listening doesn’t mean simply being in the room as they talk, but only hearing the words because you’re too busy tidying up. Really listening is sitting down with them and hearing what they have to say. Acknowledge their feelings, don’t presume, and talk about what they have said to show understanding. If they need any help or clarification, they are likely to ask for it. But when you really listen, you can almost ‘read between the lines’, so to speak. Don’t be scared to suggest some ideas too. For example, if you think getting a lift installed in their home would be beneficial for them, suggest it! Tell them about some reputable companies such as Terry Lifts and the work they do. There’s no harm in suggesting ideas!

All in all you need to be patient with your family and parents as they age. Their health may deteriorate and they will be finding the whole situation pretty stressful themselves. Don’t put them in a place where they feel defensive; they need to know that what you are doing to help them comes out of love.